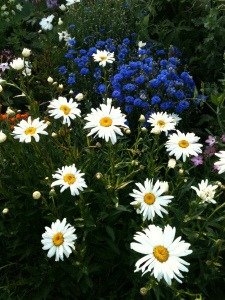 Always be by your side

A few months back my 4 year old daughter astonished me by suddenly opening her eyes as she was drifting off to sleep and whispering “I’ll always be by your side Mama.” She gave me a sweet little smile afterwards and I was so taken aback that it brought tears to my eyes.

It’s not something I had heard from her before, nor is it a phrase I use so it was surprising and delightful to me. I will never forget it and for a time, it became a bit of a theme for us. We would say it to each other when perhaps previously we would have said “I love you”. It also became something of a weapon in times of conflict… “I don’t love you, and I’m not going to always be by your side” she would emphatically inform me, incandescent with rage over something I had done. My usual response would be “That’s a shame but I still love you and will still always want to to be by your side” But there were no concessions from her at times such as these.

Eventually we forgot about our little phrase and went back to the normal “I love you mama, up to the moon and back” that we had used for years.

And then something happened.

Her grandfather (my father) died and we were all thrown into the chaos of profound grief and bereavement while also attempting the day to day stuff of normal family life. Somehow I was supposed to carry on parenting when I felt like a child myself.
I did try to explain to her that there would times when mummy and daddy got a bit sad over this event and that it was ok if she did too; but this only served to make her feel guilty that she wasn’t as sad as us so I backed off it a bit. I was also worried about the funeral and the carnival of grief that would surround it, but she was surprisingly fine. She admired the flowers, took out her little box of crayons and colouring book, a few My little Ponies and grinned at everyone. She even said “Ooh I like your dress!” to one of my aunties.
For me, it was a day of joyous celebration of everything my father was and in the main I was pretty upbeat and happy to remember him… except for one tiny moment when I wasn’t and I faltered. Quick as a flash a little hand slid into mine and pulled me round to face her. She was smiling so broadly that I couldn’t help but smile back. It totally lifted me and after a second, a little voice rang out “Don’t worry Mama, I’ll always be by your side.”