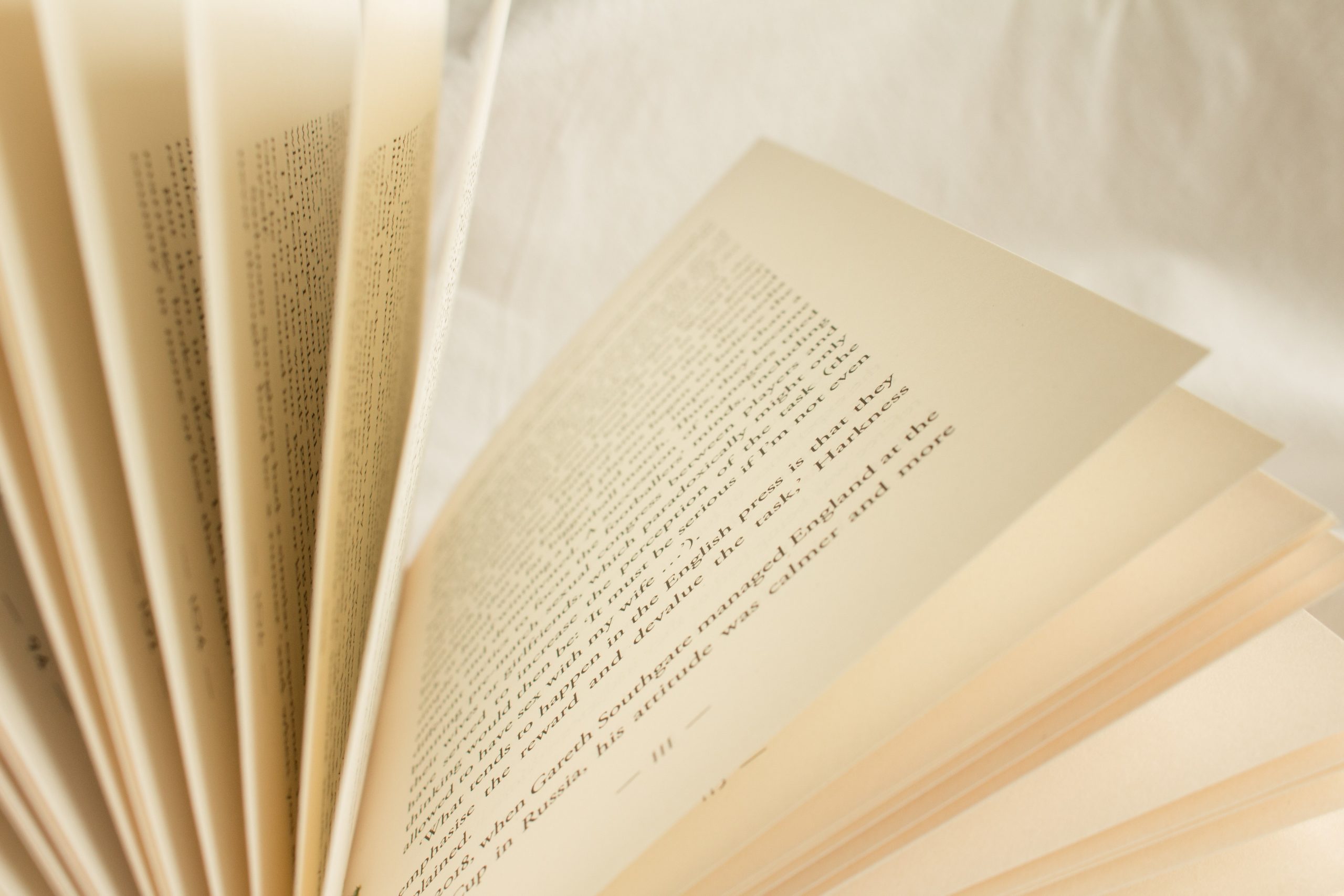 I’ve just come off a video call with a senior social worker from Angel’s adoption county to discuss the issues that might come up around physical contact with her birth mum and sisters.

I had emailed to say we were parking the idea for another year but thought it still might be useful to have the conversation.

It was hard not to cry. It’s nearly always hard not to cry when I talk about Angel because I love her so much and empathise so deeply, but this was also hard because the relief of talking to someone who really gets what it’s like raising an adopted child was overwhelming and I realised how draining it is talking to people who don’t.

On the face of it, if you met Angel, you would see a regular happy nine year old and have no idea of the darkest thoughts buried in her hidden depths and because of this I often get a few repeated reactions.

One: ‘But look how lucky she is to have found you guys’.
Two: ‘All kids go through difficult times, are you sure this isn’t just a phase?’ Three: ‘Are you sure she wasn’t just saying that to get a reaction?’.

It’s like people can’t marry the child with what I am saying or accept how much her past has impacted her. It’s what I call ‘adoption denial’ and I’m continually shocked how often it occurs.

OK, OK, I understand why people don’t always get it. Why would or should anyone take the time to really educate themselves about adoption unless they are adopting? It makes me think about Black Lives Matter and all the black people who have given up talking to white people about race. About how when I read Akala’s book ‘Natives’, I was shocked at the statistical outcomes for black people in this country… still today! And I thought I understood.

I vow to continue talking about Angel, and the issues all adopted kids face, even if people don’t get it and I hope we all keep talking about race and all these difficult troubling conversations.

Anyway, I digress. The social worker tells us what a brilliant job we are doing and says you must know about PACE and DDP. PACE, DDP? ‘Nope, what’s that?’  He chuckles, ‘It’s what you’re doing.’

WOW, I think, there’s a name for the type of parenting I’ve been doing? I can’t believe how validating this feels and then I think, ‘I wish I’d read the bloody book before!’. Of course though, I have read lots of books and ultimately when you are in it, you always have to figure it out for yourself.  One thing he said which also made me cry (and still makes me cry) is that for adopted kids, their life story is with them every single day whether they are talking about it or not. ‘It’s the ones that aren’t talking about it that I worry about’, he says.

He said that undoubtedly Angel would decide to meet her birth mother at some point but the more we could allow her to process before that point, the better. So if she has questions, we could ask these in contact letters first. That made a lot of sense.

For adults, using PACE most of the time, they can reduce the level of conflict, defensiveness and withdrawal that tends to be ever present in the lives of troubled children. Using PACE enables the adult to see the strengths and positive features that lie underneath more negative and challenging behaviour.

I never thought of the word ‘withdrawal’ in terms of Angel’s behaviour but of course that’s exactly what she does when she curls up in a corner when she thinks she has done something wrong.

The social worker asked what post adoption support we received and was shocked when we said none. It made me realise I’ve been so absorbed with figuring out how to manage Angel, that I didn’t think about support for us.  As a friend said later, think of all the other adopters who are ‘coping’ who must feel the same way.

Looking back now, I think we didn’t seek support for a number of reasons.
1. We had a really bad time during the assessment process. It’s a long story which I will share at some point but suffice to say, once the adoption order was granted, we wanted to keep as far away from the agency as possible.
2. A fair few of the social workers we encountered were so clueless it didn’t give us much faith we would get much out of the usual channels.
3. My mum was a psychotherapist and has huge emotional insight and connections to child therapists. So, we did, at times, ask her to ask them for advice around certain issues.
4. In the beginning we felt that when things came up, we wanted to speak to other ‘parents’ rather than ‘adopted parents’ as there was a lot of ‘is this just what kids do, or is this to do with Angel being adopted?’ Feeling things out with parents of birth children was a great touchstone to be able to figure that out.
5. I met adopters (and non adopters) who seemed quite challenged by our open book approach.

There was an adopters group set up at Angel’s previous school that we met up with a few times (until she left) and I remember feeling that same relief of really being heard and understood there. Maybe that’s why I’m writing this blog too, to be heard and understood.

Me and Angel are filling in the back page of ‘Listening With My Heart’, where you have to say all the nice things you would like to hear when you are feeling bad. We come up with:
I am loved
I believe in myself
I am fantastic
And then she says, ‘all the red fishes go away’. I’m a bit confused until I remember, ‘The Tale of Two Fishes’. It’s a therapeutic book about a red fish with a downturned mouth and a blue fish with an upturned mouth. Every day a little girl visits the pond to feed them but the red fish keeps getting the food first and over time the red fish get bigger and bigger and the blue fish disappears. The girl is very sad and starts crying, ‘How could this happen?’. A passing snail says, ‘Well you feed them.’ ‘I feed them!’ the girl exclaims and decides to stop feeding the red fish and sure enough the blue fish comes back and they become best friends.

Angel is completely captivated by this book and when I explain to her that the fishes are like negative and happy thoughts, she is awestruck, ‘You mean if I don’t feed the bad thoughts and just feed the good ones, the bad ones will go away?’. I laugh, ‘Yes, but you have to work at it and remember, no thoughts are bad, it’s just sometimes we can get stuck thinking about all the bad stuff that has happened and forget about the good stuff. How about we each try to think of three great things that happened today.’

This was a bit of a turning point in terms of practising gratitude and we later brought a kid’s gratitude diary, which is really simple. You can just tick the face for what kind of day you’ve had and name three things you’re grateful for.

A part of me feels a little squeamish about gratitude and Angel as I never want her to think that her painful or negative feelings are not acceptable but I also read that if you’ve experienced early trauma your brain is hardwired to remember the difficult stuff over the good stuff and I see this play out all the time with Angel as well as other adopted kids I know.

For instance, she often used to say that she had had a terrible day at school and that nobody played with her but I learnt from testimony that this really wasn’t the case. She might have asked someone to play a game and they said, ‘No’ and then she went off and did something else. The rest of the day might have been great but all she would remember is that one little ‘No’. So, I see my job as helping her rewire her brain as well as accepting her negative feelings.

Anyway, once I worked out what she meant by ‘the red fishes’, we pulled out the book and she has wanted us to read it pretty much every day, sometimes even twice in a row! It breaks my heart a little to see how hard she is working to cultivate positive thoughts, to realise how deep and many are the red fishes in her head. When she is feeling low, I often whisper to her now, ‘Be gone red fish, begone’ and if I catch it right, she smiles, grateful for the reminder. 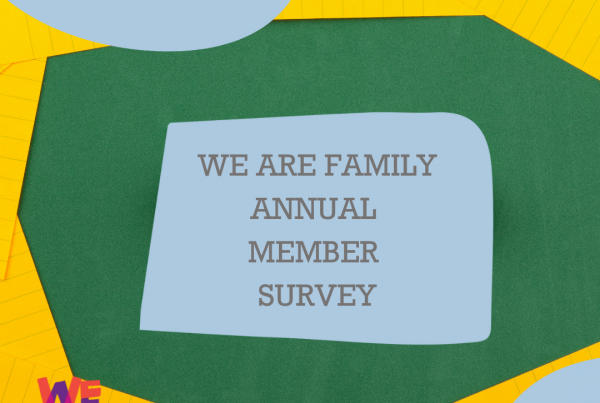