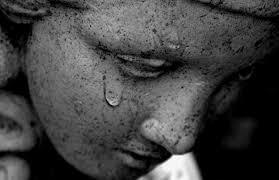 ‘Bereavement is the price of love. Because love will end with death.’

During the day, I listened to stories of people who have lost a loved one. Researchers, experts in all sorts of fields, priests, friends and those left behind. I listened to literature and music. All of which focussed on loss, grief and sorrow. I have since been revisiting some of the programmes on playback.

A couple of months later I am still struck by just how much the emotional landscape of loss and grief resembles some of the strong emotions associated with adoption. I have lost friends and family members. Just yesterday I lost a childhood friend to breast cancer. A beautiful bubbly warm woman, who leaves behind two daughters and her husband. As well as her family. And her friends. She took a part of my teens with her. Secrets only she and I knew. And now I can’t share them with anyone. It reminds me how lonely and private loss is. There’s isn’t much you can do with it, except acknowledge it. It can’t really be shared. But you can be there. I like the English phrase ‘I’m sorry for your loss.’

In our western world we are appallingly bad in dealing and talking about death, loss and grief. In any form, but death in particular. It’s nothing to do with us. Until it is. And it will happen to us all. That much is certain.

Many people who have lost a loved one say that those who have not, do not have the imagination to understand what such a loss might mean. It is simply impossible. That rings true to me. It is not the loss of a job or a divorce. Those pale in comparison to true bereavement. This was a point made again and again on the day on the ether in Danish. I understand that. And yet, it grates with me, because grief in all its shades is real. I don’t like to diminish that.

Loss has hit me. It is hitting me. Sometimes it hits very hard. But it is true I have never lots a really close loved one. Loosing my child is simply unthinkable. Or my husband.

The loss(es) of adoption has been compared with the death of a loved one. I know I’m not the first to make that comparison. The same has been said of adoption breakdown. It’s the irrevocability of the situation that calls for the comparison. As in you will never see your loved one again. All ties to the original family severed. This fact is at the heart of the criticism of adoption. Reasonably so. In my opinion.

Our children have experienced loss that for most of us I think is beyond our capacity to understand. ‘Bereavement is the price of love.’ Love in adoption is a complex concept. Despite everything, there is love between the children and their first parents. However complex, tainted and contra dictionary. However hard adopters may find it to feel any warmth towards the birth parents, the love is there in some form for our children. In bereavement there is no place for that love to go, the object is gone. So we suffer alone. Bereavement is love without a home.

The deep sense of sorrow that comes with bereavement is life long. If we have not experienced it ourselves we will still need to relate to the fact that our children have. They won’t just get over it. Or snap out of it. And love won’t just heal that wound. It will go a long way, but this is different. Fundamentally.

A few years ago I saw the extraordinary film made by Amanda Boorman of the Open Nest. About her daugther.  In it there is a scene where her daughter meets her first mother again. After years of separation. On seeing her the daughter lets out a sound that still rings in my ears when I think about it. A cry, a scream, of joy, and lot of visceral pain.

Bereavement is in all its simplicity life-changing. It will follow you your whole life long. It can destroy you, or it can be the making of you. Or both.

Current grief research speaks about grief as waves, as water. Like you’re standing on a beach, at the edge of the water. The soles of your feet indenting the sand. Some waves will come in a nibble at your feet, before they retreat. Others may unsteady you and then retreat. And some may sweep you off your feet. You will literally need to find you feet again.

Many speak of grief as a transformative force of nature. And how healing it can be to accept and integrate loss. Many take lost ones along with them – or rather us – for the rest of our lives. We internalising the person(s). Many speak of how the dead or gone become a muse. I have two such muses. I speak with them often. And I hear adoptive parents talking about how their children talk to their families.
Again the role of a muse rings true to me.

Grief is not an illness although it is often treated as such. As something to be endured until you come out on the other side. Healthy and strong, as you were before you lost. But it will not be as it was before.

Because: No…. sorrow wont leave you. Sorrow will catch you up if you try to outrun it.

Grief needs space when it rears it ugly powerful head with regular interval. Space and acceptance are the saving graces when it comes to periods of intensive grief. Feed and nurture it like a plant. So it will take up the space that it should. Not too much and not too little. But just the right amount. The respectful amount.

I love the notion of the presence of the dead. Or those who are no more. They won’t leave.  And they are welcome. They are here.

Espen Kjær, the journalist and bereft dad who was a driving force behind this day on the Danish Radio, relayed something a wise man told him after he tried to make sense of the loss of his son: “The impression he left in you is like hand print on your heart. It will be as fresh now as it was the first time you laid eye on him.”

How is that any different from the imprint our children’s parents and perhaps siblings left on their children?

It is a HUGE problem when the world around doesn’t acknowledge grief. People now a days are scared of it. Grief could be contagious you know. Many (most?) shy away from the bereaved because we in our culture have lost our way of connecting with it. Oddly enough the Victorians seem to have gotten one or two things right about bereavement. The black clothing for full mourning, and mauve for half. A locket with hair of the deceased. Beautifully ornately arranged. Works of art. The Victorians had strict codex for when to wear what, for all the world to see their grief. I wish we had something similar. A uniform of loss. And many more rituals stretching out from the life lived into a life with those who live no more.

When we do not speak of the dead and gone, when we gloss over it or remark that surely it must be over by now, or we marvel at how well someone is handling their grief – i.e. how little they bother us with it – it feels like silencing the presence of the dead, and it is like losing them all over again, as Kjær put it.

Two out of three bereaved feel let down by those around. People are scared of grief. And of people who are bereft. Perhaps because it touches on our own mortality. And grief. And pain.

As adoptive families we live with bereavement whether we like to admit it or not. Our children live it every single day. So how can we as parent support them? Can we recognise it from another angle? From their height?

The words from the day on Danish Radio for the bereaved still sit with me. It asks questions of me.

How well do you understand your child’s loss?

This question humbles me.

The Next Steps for the Adoption Support Fund?