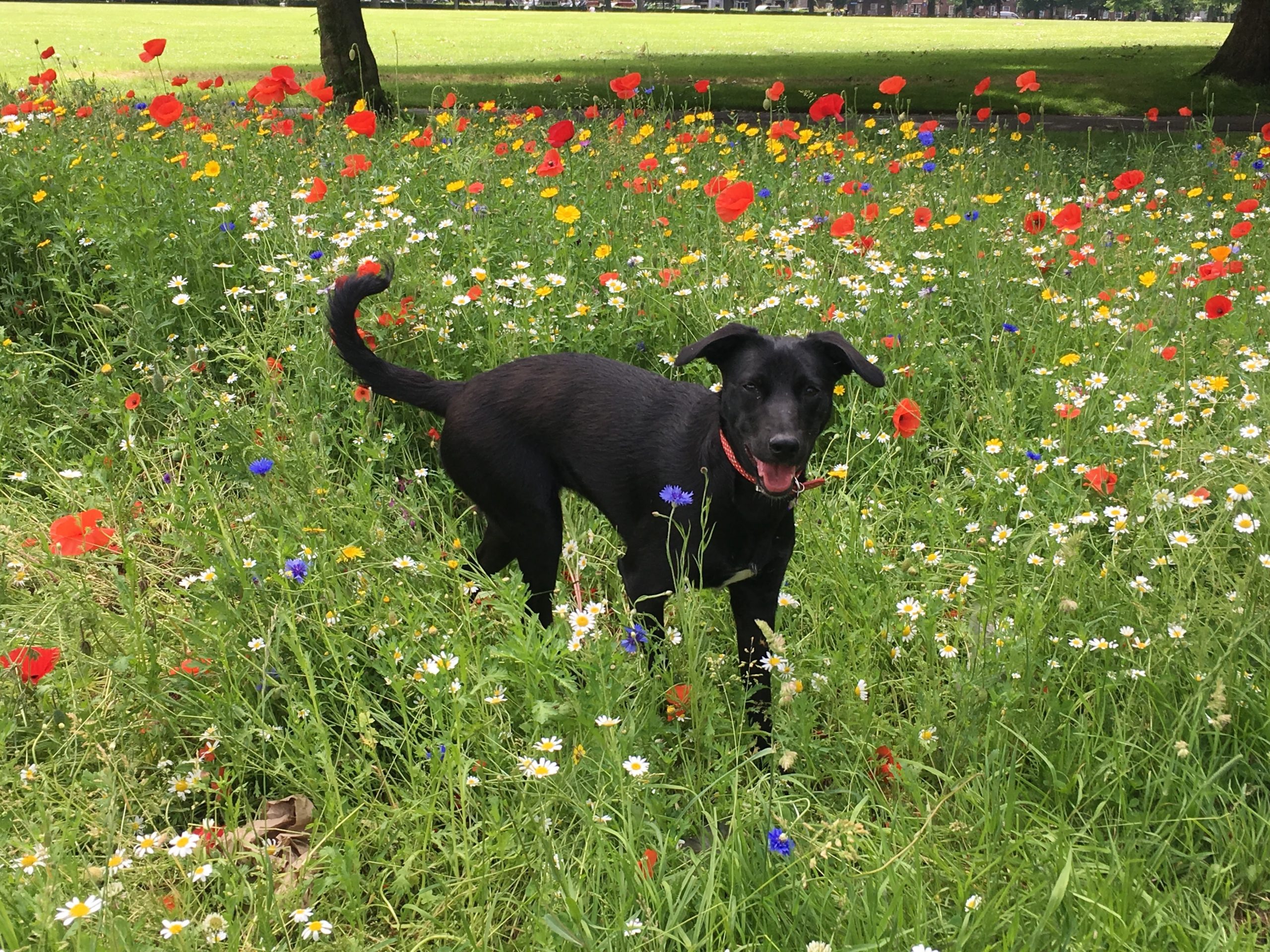 As a puppy she was a picked up off the streets and dumped into a concrete public shelter where some very bad things happened to her.

Identified as unlikely to survive in there for much longer she was picked up by a charity and  to cut a long story short I ended up taking her in.

I was walking her in the park yesterday with my other older rescue who is a lot more settled when two girls aged around10 years old approached me and made cooing noises towards my dogs.

“Can we stroke them?” they asked (I am always impressed when children have been taught how to behave around dogs and know not to run straight up to them without finding out first how the dog might respond.)

“Of course” I said. “But you need to give this one (indicating my new rescue) a bit of space because she’s a bit scared and I’ve only just adopted her…

One of the girls quickly interrupted me and pointed to the other saying “Oh it’s OK. She know’s all about at that. She’s adopted too”!

I wasn’t sure how the other girl now newly outed as an adoptee to a complete stranger would react, but I needn’t have worried. She turned to the other, hands on hips and calmly said the following…

“Hey! You can’t just go round telling people that stuff! That’s private. That’s my information! It’s up to me who I tell about that OK?”

The other girl looked deflated, so I jumped in “I don’t think your friend meant to upset you. I think she was just trying to be friendly, but you’re right that it is your information and it’s up to you when you share it… But anyway, I also have an adopted daughter too so I think I understand how you feel.

…and that was it we were off…

“How old is she? Does she look a little bit like you? Did you get asked loads of questions? because my mummy did. She had to go to a big place and tell loads of people why she would be good at being my mummy and she met me when I was two. We’ve still got loads of stuff that I had from my birth mum too. And my foster mum”

I was blown away by her attitude. She was so at ease with her story and excited to tell someone about it.

The other girl sat listening and smiling as we shared little bits of our histories and I found it totally  inspiring.

I’ll never know who that girl’s mother is but it’s clear she’s done a great job of helping her daughter with her story. I can only hope I manage to do the same with my own daughter.