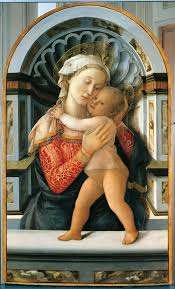 In the eyes of the beholder.

I have just come me home from a wedding where one of the guests leaned across the table  and asked “Is that your daughter running around?” When I answered in the affirmative she triumphantly announced to the table “I knew it! She is the absolute image of you! It’s like someone has taken a blue print of you and put it into a little person.” Satisfied with her deduction she grinned at us all and had I been in other company I may have thanked her for the comment without response, but several guests knew of our adoption and it made me self conscious so I put her in the picture.

“Well actually she’s adopted.” I whispered, and then I had to repeat myself as the guest looked entirely bewildered.

I’m pretty sure I made her feel like she’d said something a bit stupid which was the last thing I wanted to make her feel. Especially as I enjoy people seeing a similarity.

But it got me thinking because so many people are clearly looking out for this stuff. It is by no means the only time it has happened to me, and I hear similar stories from other adoptive parents too.

Only last week I was helping out on my daughter’s school trip and was walking along holding hands with her and another little girl when one of the mums called out ‘How funny! Your daughter walks exactly like you. She’s completely inherited your physicality and way of walking’. This time there was no need to fill her in but it’s clear that spotting a likeness does seem to please people; and I suppose that is why the matching process is so important, although at the time I thought it was absolute nonsense. I couldn’t see why we were told it was unlikely we would be considered as prospective parents for a mixed race child because we are not mixed race ourselves. Or that we wouldn’t be considered for a child of any other ethnicity than our own for the same reasons.

I remember we felt certain we were ready to take on the challenges, and to love and parent a child of any background and culture. But had we been matched with someone who was clearly not biologically related to us would we all now be enduring the opposite responses from people?

Instead of people commenting on our likeness, would they now be constantly asking us why we didn’t look alike? And would that become hard to deal with? And what would that be like for our child? Maybe it would be ok – I still get a sense that it would – but it’s not clear cut and I’m not sure how I feel about it anymore..