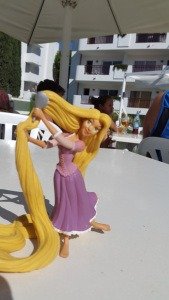 I had no idea how much I was struggling.

But living and coping with daily threats of violence, verbal and real takes its toll in a cumulative way. Previously I became angry when struggling with these difficult behaviours but then something changed and I stopped being angry and became devastated.

Was this aggressive, disruptive child the one we were going to have to lead through life. Would they ever be able to cope with the demands of day to day living? I spoke my deepest fear to a counsellor, what if I wasn’t enough for them?

Then I went to the Doctors; he prescribed antidepressants. That day I stopped crying, I started brushing things off, I started smiling more, I became calmer. And my child did all these things too.

Learning how interlinked my own mental health was with my child’s was extraordinary and daunting. The pressure feels immense. But for now things are better and I am able to feel that completely overwhelming love for them with joy, not fear.