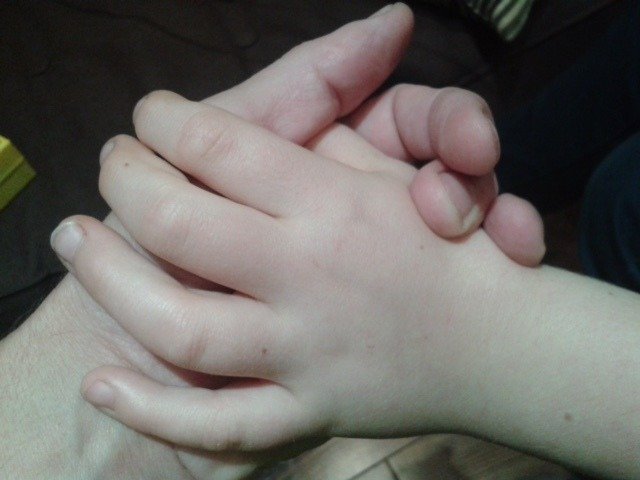 ‘That’s the name of the game in the early days. Reassurance.’ said the social worker on the phone. ‘Just reassure him that everything will be ok. As much a you possibly can.’

The nice reassuring lady was the social worker on call. Not our assessing social worker, nor my son’s social worker. Just the one around in the week after our son moved in.
It was August. London was wonderful calm, and the weather was good. A perfect time to start a family. If ever there was one. I was nervous, scared and happy. And many, many other things.

Reassure we did. Him as much as ourselves. Every time he cried. Or even might cry. At the very sight of a lower lip starting to wobble.

‘Oh, darling. It’s ok. It’s ok.’
I’d rush to him and pick him up. Gently bobbing him on my hip. Hushing him, Shsshing him.

‘There, there. It’s ok. Everything is going to be ok.’

In truth I think I was a little scared of his tears.
As the weeks turned into months, I felt reassured myself that I could settle him. That he would let me. That my bosom was a place of safety and comfort. I put pride in being able to stop his tears. Only… he was a quick learner. He read me. I could stop his tears quickly, because that’s what I wanted.

Except that one night…. when three hours after we had successfully put him down for the night, he woke up crying. This time, neither I nor my husband could settle him. He cried for a solid three and a half hours. Solidly. Ebbs and flow but tears throughout. Sometimes sobbing, sometime just silent tears, sometimes loud and angry. Wailing, screaming, sobbing. Snot and tears running into one around his O-shaped mouth.
We call the NHS helpline, and as we could find no outwards sign of illness or pain, we got rushed through the system, and at 2am we drove to the hospital, where they had made us an emergency appoint. We were all in distress.
The tears stopped the moment we activated the entrance doors at the hospital. The glass doors slid to the sides, and we stepped through, holding a silent and mesmerised baby. They gave him a bit of paracetamol and we left. He fell a sleep on the way home and we transferred him to his cot without him waking. For the first time since he moved in six weeks earlier he slept for more than 90mins in one stretch.

I have never been in doubt that this outburst was existential. That was the episode when it finally dawned on him that this was it: he understood he was going to be staying with us. Foster family gone. Replaced by smiling middle-aged amateurs.
I now also believe that’s where the tears that I has so successfully stopped for weeks flooded out. I hadn’t left him much space for waterworks. So he kept it in – most of the time.

Over time I slowly learned to accept his screams and tears. To gently squeeze him like a lemon till he was all cried dry. Letting him how that it is ok to cry and let it all out. Till he was done crying. Not when I was done listening. I brace myself, and stick it out. Because the return is so wonderful. It is like torrential rain followed by sunshine. And the sunshine lasts if he is allowed to let it ALL out. It is simply the most effective, and quickest way for him to shed whatever is really bothering him. All he needs from me is me being there. And staying there till the storm has passed.

I’m no longer so sure that what he needed was reassurance, as much as acknowledgment (something I needed too). Acknowledgment that it was a scary and crazy period for us all. And that there was huge loss involved.

I’m no longer a fan of reassurance. All it is saying is ‘I can’t deal with how you are feeling right now. I want you to go to normal.

Reassurance is a little like telling someone who has just lost a loved one that it is all going to be ok.
No, it’s not. Everything has changed. And nothing will ever be the same. Ever. Again.