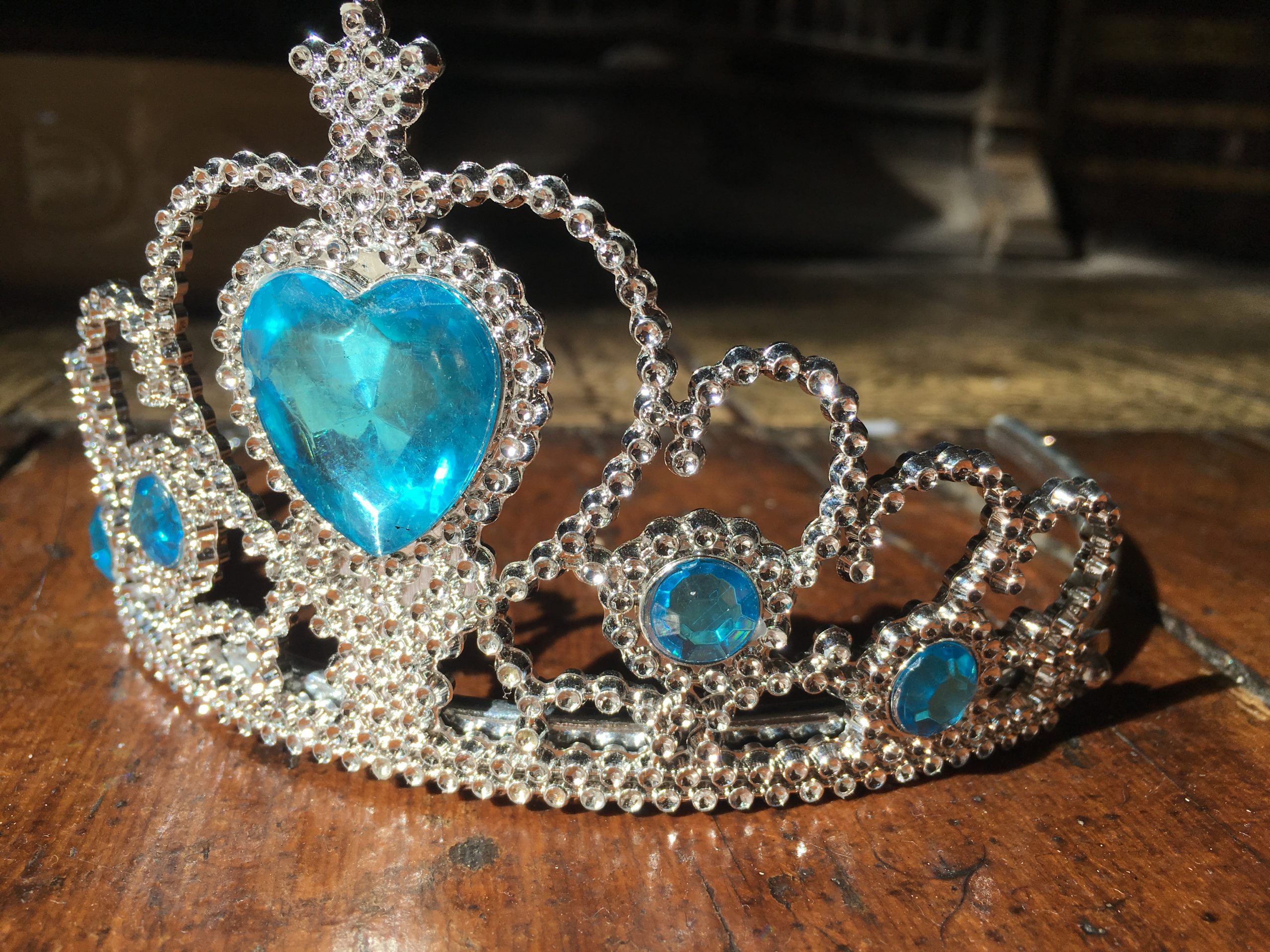 When booking a recent holiday to DisneyWorld, my partner searched online for recommendations of essential things to do, and regardless of how inappropriate I felt it would be for our family he duly booked ‘Dinner with the Disney Princesses’.

Our oldest son (10) was mortified when we told him and he made us promise we would not tell his friends, surprisingly his 15 year old sister was actually quite excited… as indeed was his 9 year old brother.

Three years ago I wrote a blog about our youngest’s love of jewellery (which he calls his treasure) and the piece he most valued and wore with pride – a Tiara. Over the years since we started to see less and less of his Tiara and he hasn’t worn it for maybe a year or so, in fact he generally seems a little less fascinated by his ‘treasure’ nowadays.

It was the day of the dinner and we found ourselves in one of the dozens of shops selling everything Disney – including princess Tiaras, our youngest with a twinkle in his eye and a smile lighting up his face immediately sees one and puts it on. ‘I think I need this for tonight’ he says. Knowing it will probably be worn once and forgotten about we point out that he has his own money and it needs to be spent on what he thinks will be best value.

The Tiara it was.

That evening there was noticeable excitement between him and his sister as they discussed what was about to unfold. We arrived at the genuinely impressive DisneyWorld Castle and were ushered in and met by Cinderella (for a ‘photo op’), our son was clearly enthralled and stood starring at Cinders with his mouth slightly ajar and a look of true wonder on his face.

We were seated and then our waitress appeared with a wand and two swords, on being offered his sword our son asked for a wand instead and was duly brought one. The dinner is a three course meal, throughout which you are visited by a number of princesses who engage with the children and pose for photos. It was evident that our son was truly taken in by the whole experience, but just how much so was only evident as we left and he beckoned me over and said ‘Daddy can I buy a Princess dress?’.

I am a little ashamed to admit that I hesitated before responding. As I explained in my previous blog we pride ourselves on never judging our sons for their choices and just want them to be happy for who and what they are, but I guess I was caught off guard and by a request that was more surprising than we have seen previously. In my moment of hesitation his sister (with a clearly judgemental look on her face) declared ‘of course not, you are a boy’, and on witnessing the crest fallen expression this resulted in I immediately corrected her and said ‘of course you can, if that is really what you want’ but could not stop myself from adding ‘but only if you are really sure’ – his smile returned as he nodded ‘yes’. Full credit to his sister at this point as she looked at me and said ‘ Wow, I think it’s really cool how you don’t care about ‘that stuff’.

Next morning we awoke and with an ever broadening smile the first thing he said was ‘We are getting my princess dress today aren’t we?’ confirming his desire and decision to go ahead. On entering the park we were dragged to the shop where unbeknown to us he had apparently spied the dresses the previous day – but interestingly had said nothing at the time. It’s a large store and entering from the opposite end we were walking around looking for the dresses and I see a sign above an entrance that says ‘Girls section – Princess Dresses’. Without thinking I point it out and we head in that direction, however our son pulls me back and says ‘Daddy it says ‘For girls’, I dismiss his apparent concern with ‘don’t worry about that, it’s just the shop being silly’ and carry on. However, as we reach the dresses it is clear that the excitement has left him and with a noticeable sign of misgiving from our son we start to look through the dresses. I realise what has happened and I ask if he has changed his mind and he says ‘I don’t know’ confirming to me that he does indeed still want a dress, but has been confused by the sign we have just walked under.

I notice my son looking around and I see a sea of little girls all excitedly running around picking out dresses and various ‘princess’ accessories and I realise that there is not another boy – or indeed father – present. There was a desire to dismiss his concerns again and to try to make him realise that is doesn’t matter about anybody else and that this is about him and his own choices, but I stop myself. I realise that in fact he is now at an age where there is clearly a stronger comprehension of what his choices represent in the wider world around him. Realising that his decision to say ‘he doesn’t want it’ is as important as the decision to say that he does, stops me from encouraging him in a direction he is he now clearly less comfortable with.

I say that we are going to look around the rest of the shop and if and when he feels that he wants to come back and look at the dresses we will, we leave the ‘For Girls’ section and do not return. In fact a princess dress has not been mentioned since.

I feel saddened that he was so clearly ‘shamed’ into repressing such a clear and natural desire, however I do feel confident that it was a decision he reached with a full understanding that we would support him no matter what.

We still feel that his ‘feminine’ side is not at all an indication of any confusion around his sex or indeed his sexuality, from day one we have been acutely aware of his more boyish side too and we have a house full of decidedly ‘masculine’ toys which he plays with and enjoys – in fact as I write this he is upstairs with his brother in the middle of a ‘Nerf gun war’ (so much for our ‘no guns’ policy). He is every bit a little boy and in fact is quite into rough and tumble and is far too handy with his fists which gets him into trouble with some frequency.

I guess he is just growing up and we are seeing signs of a maturity that is leading to new and different decisions. As we were told to expect, being adopted he is young for his age and I think that maybe we were seeing him living out his ‘toddler years’ with us, which sadly he was deprived of at the time. 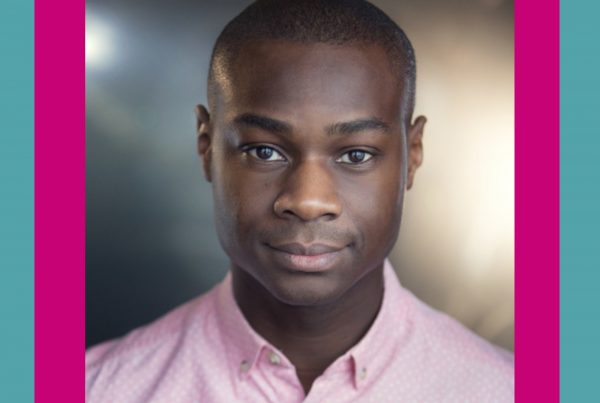 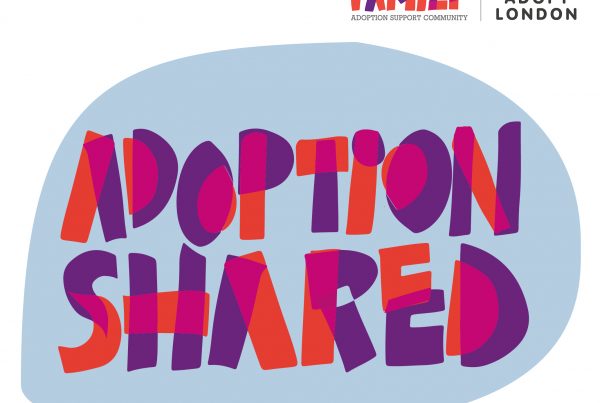