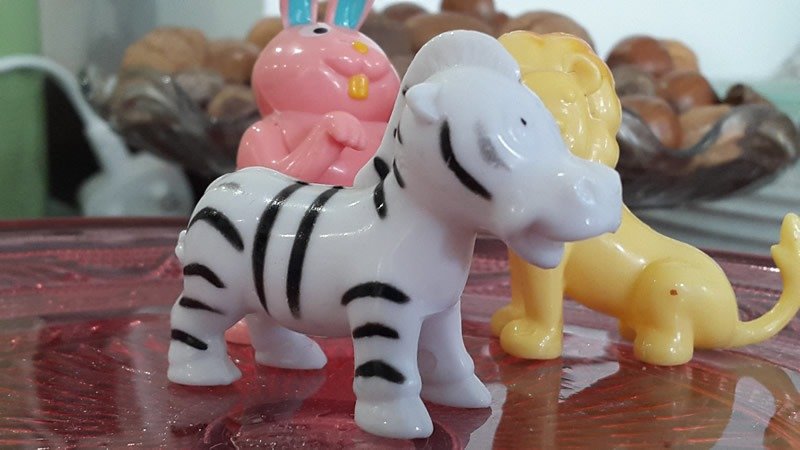 Whose story is this anyway?

There’s Quackers, Chloe the Cat, Minion, Turtley-Turtle, whose head moves in and out of his shell when he walks (wheels, to be technically accurate), and the Frozen Diamond Necklace, the brightest necklace in all the world, so bright that it’s impossible to look directly at it without burning your retina.

Chloe the Cat lives permanently and precariously atop a Pez tube (empty naturally), inside an invisible house just around the corner from corner of the bath. Chloe the Cat is very accommodating, if not an easy touch. She’s quite large, which makes the Pez tower wobble violently during waking hours, but when she sleeps, tucked between some white enamel and a knobbly knee, all is at peace.

Quackers, who shares a house with Chloe the Cat, is in fact secretly a jewel thief, with an underwater cavern, created from an unnatural kink in a foot-arch, which quite often goes into cramp, far away from prying eyes, where she stores all the sparkly things she has purloined. Quackers is a night-owl and literally a cat-burglar – she steals the Frozen Diamond Necklace every night from under the nose of the sleeping Chloe. She is also prone to weeing on people for fun.

Minion of course loves bananas and bapples, He lives across the sea from Chloe and Quackers on top of the second knobbly knee. He is a very good swimmer. Minion is a police (sic) with a heart of gold; he’s not a massive disciplinarian, not a believer in prolonged incarceration and sometimes “forgets” to lock the door of the prison, tucked between the water’s edge and a bony elbow, so that Quackers can escape to steal again.

Turtley-Turtle just loves birthday cake. That’s pretty much it. Apart from being able to induce squeals of delight with his in-and-out head.

Days in this land last about 45 seconds. This gives the cast of characters at least 20 opportunities to live through the drama of a jewel heist before the water goes cold and the knobbly knees, cramping feet and wrinkle-tipped fingers call time on their adventures.

I did try tonight to change the plot to give Turtley-Turtle a larger part, but was told quite firmly that it’s not my story and that I will, perhaps, get to do my story one day.

I’m hopeful that will happen before it becomes inappropriate for my knobble knees to act as housing at bath time.