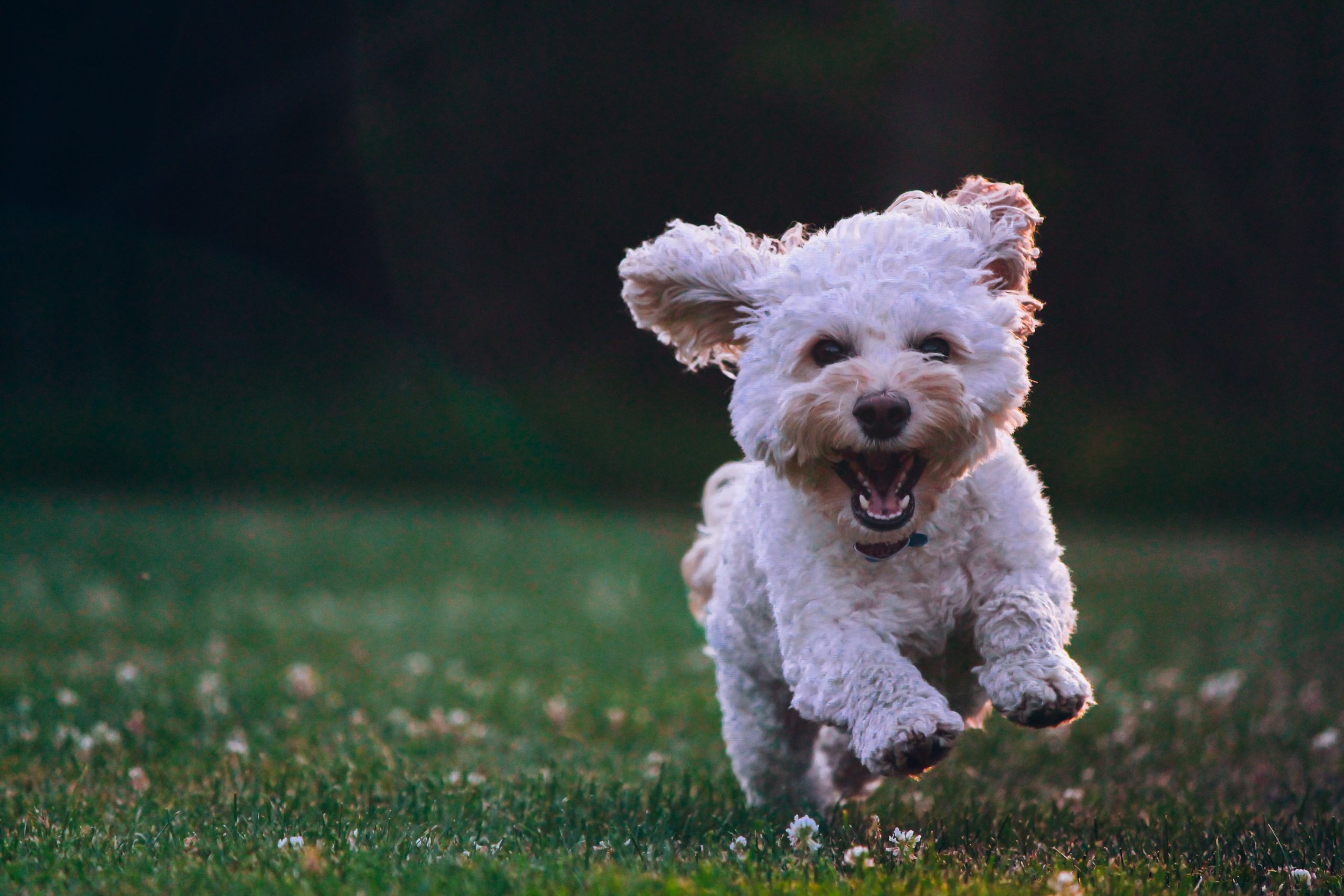 Why Getting A Dog Has Been The Best Thing Ever*

I was watching a Bruce Perry video the other day and something clicked in my mind.  He was talking about relational interactions and how he feels society is at huge risk due to our relational interactions decreasing through modern lifestyle.  He talked about how trauma is processed in society through short ‘exposures’, through interaction and conversation (some thoughts around life-story work there too!).

It suddenly struck me that one of things I have been enjoying the most recently is taking my son on dog walks to our local park.

My son started some animal handling therapy two years ago.  He loved it so much and it was just wonderful watching his confidence grow as he learned how to handle and care for the animals.  The lovely lady he works with 1:1 has never been phased by anything and interacts with him in a caring, humourful way.  He immediately bonded with the therapy dogs, in particular the young cockapoo pup who was still in training, highly excitable and just loved pinning my son to the floor and licking him all over his face…..Well, we thought!  A few months later we brought home our own gorgeous cockapoo pup.

All did not go to plan!  The first six months were incredibly hard.  Puppies are so time consuming and demanding.  The mess, the destruction, the endless walks, ongoing training!  My son did not take well to having to compete for attention; he often had difficult exchanges with the pup which of course raised some very difficult feelings in me.  We thought several times that we may have to admit defeat and rehome our much-loved new addition.

However, over time they formed their relationship.  Not quite the one I’d hoped for… I describe it as much more like a sibling relationship than the therapeutic, calming one we’d wanted.  My son does now say the dog is his brother!  They fight, steal each other’s toys, wrestle, fall out.  It must be closely supervised.  Often though, mostly when I’m not looking, they cuddle, kiss (licks) and make a fuss over each other.  When my son went through a phase of waking several times a night with nightmares the dog moved into his room and immediately all was well.

The dog has benefited my mental health as well.  We live close to a lovely park, full of mostly lovely people, with a nice café.  Through walking there (.all.the.time.) I have made some lovely friends and many more pleasant acquaintances.  These new friends are all at different stages of life.  Some are older, with older children or grandchildren, some are younger without children, some have very little children.  What is nice is that there is no-one there who has a child in my son’s school – it has been a chance to meet people outside of that fractious environment.  Getting to know them, I have made some disclosures about my son and his odd, sometimes challenging behaviour.  What I have generally received in return is empathy, understanding and some invaluable support.  Is this something common in the dog owning community?  I couldn’t say.

Forcing my son to join me on occasional walks we have together grown in the confidence that we will usually bump into several people we know and have a chat.  This morning he gave a friend a big hug.  This, for my son who had such a huge deficit in relational interactions pre and post adoption (due to his difficulties), is so lovely to see.  We have found a community, a safe one, where he can share a special interest of his with others (dogs!) and have numerous positive exchanges in the space of forty minutes to an hour.  They are short and sweet generally, but sometimes longer as he gets to know people and build trust.  I really hope that these exchanges will help him, as Bruce Perry’s interactional ‘buffers’ and also as practice for his social and communication skills.  He has also had to practice sharing, keeping his temper and altering his behaviour to gain attention (from the dog).  It is not always successful.  There are still often incidents but I take heart in the many successes.

*Disclaimer: please, please carefully consider before purchasing a dog – you cannot overestimate the cost and effort involved!  He currently has fleas and has this morning snaffled half a pack of hobnobs and is beserk on a sugar high.