Why is she in the buggy?

The first time it happened I really felt her pain.

It was her first play date ever and her new friend ran confidently around picking up toys and evaluating them for fun value. My daughter ran ahead delightedly pointing out her possessions and waiting for approval. Suddenly the friend let out a shriek ; my daughter had proudly held up her tatty old half-perished dummy which she wouldn’t go to sleep without, the one she arrived with that made her feel safe. “Oh no”, said her suddenly much more grown-up friend. “That’s for babies; you shouldn’t have that”. The friend eyed her suspiciously and my daughter flushed with shame. Confused she looked to me and although I made light of it, the rest of the play was not relaxed. After the friend left she kept reliving that moment of shame. When she went to bed I saw her really struggle with her need for the dummy and I told her it was ok to have it if she needed it. “She thinks I’m a baby,” she said through tears.

The second time we were on holiday and I was more prepared.

Having made firm friends with a little girl of a similar age, they were giggling away, thick as thieves until we got up to leave and our daughter climbed into her worn out old buggy. The other girl was speechless and no longer laughing. She turned to us – the adults with whom she now clearly felt more affinity – and enquired, “Why is she in a buggy? She’s not a baby.” Once again our daughter flushed with shame. Quick as a flash I bent down, and in a whisper said, “Well, first of all – between you and me- this isn’t a normal buggy – it’s magic and takes her to special magic places – that’s where we’re off to now actually; and secondly we’re staying a lot further away than you are and it’s very late for little girls to be up now.” I’m not sure she believed me but it stunned her into temporary silence and away we went, but all the way home she kept repeating, “she didn’t like the buggy did she? She didn’t like the buggy? You had to explain”.

It made me sad and then it made me a bit angry. What is the rush anyway?

What if she’s a little slower in shedding some of the comforts of infancy? Why does it matter? Why is society so geared up towards moving on to the next thing as quickly as possible? Couldn’t we all benefit from taking a bit more time over things?

Her childhood already seems to be going by so fast and I for one am in no rush to push her even faster through it. She can take as much time as she wants. 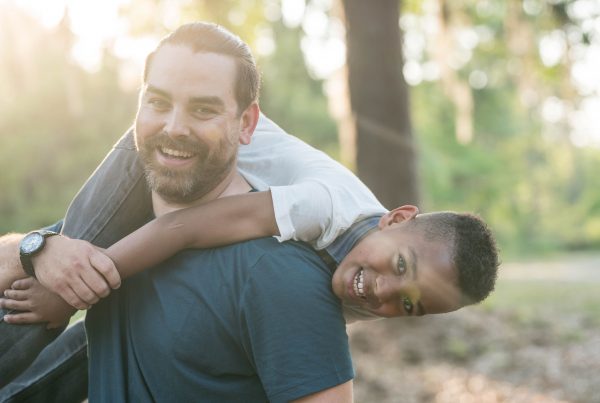